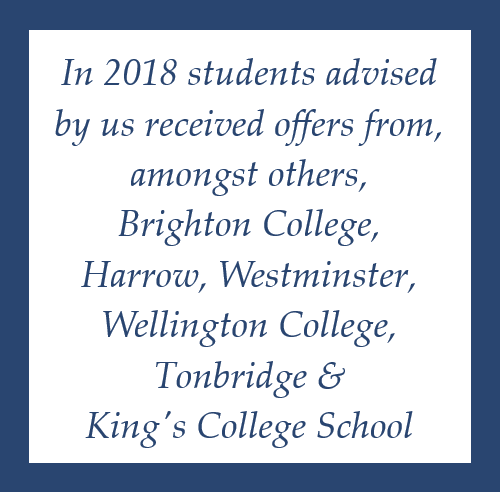 This website is concerned only with independent, fee-paying schools which educate around 10% of children in the UK, so the explanation below refers to the various school types and curriculum stages within the independent, or private, sector.

A traditional British education is renowned the world over for its rigour and depth. The UK's independent schools strive to provide the best possible foundation for each child to succeed, not only academically but also in terms of their overall development. The curriculum followed by most private schools is based on the UK National Curriculum, which must be taught in state-maintained schools, but generally goes far beyond this in terms of additional subjects and a vast range of extra-curricular opportunities.  Below is an outline of the different school stages and the curriculum choices on offer at each stage.

The school year begins in September and ends in July. There are three terms, each lasting 10-12 weeks. The actual term dates vary from school to school but all follow the pattern below:

Within each school term there is a ''half term break' of 1 or 2 weeks, during which time schools are closed.

The year a child is in is determined by their date of birth on 1 September of the year of entry. Thus a child with a September birthday will be among the oldest in that class. It is quite common for children moving into the UK from a different school system to be placed below their actual cohort age to allow time to adapt to the UK curriculum. Unlike in many other countries, students are rarely required to repeat a year. More information about the school years can be seen here.

These cater for children from 2 or 3 years old, up to age 7 (up to Year 2). Most pre-prep schools are attached to prep schools so that children progress smoothly to the next stage.

'Prep' is short for 'preparatory' and prep schools specialise in preparing children for senior school. However, a good prep school is much more than this. The curriculum offered is usually very broad, encompassing a wide range of subjects. Children stay at prep school until the age of 11 or 13. Depending on the area, children may be prepared for the '11+ exam'  and leave at 11 to join academically selective state 'grammar' schools or senior independent schools that have an intake into Year 7. There are a number of prep schools which are very successful in helping children win places at the UK's most prestigious senior schools at 13+. These prep schools are very experienced in preparing boys and girls to sit entrance exams, including pre-tests and Common Entrance. You can see our table of top preps on our dedicated prep schools website.

Independent senior schools start either at Year 7 (11+) or Year 9 (13+) and may be either day schools, boarding schools, or both. Students study a broad range of subjects until the end of Year 9, after which they continue with a core of English, Maths and Science plus a number of additional subjects which they can choose to study for their GCSE/IGCSE exams which are taken at the end of Year 11.

6th form is the final stage of school education which culminates in either A Levels,  BTECs  or the IB at the end of year 13. These qualifications enable them to apply to uuniversity. The 6th form can be either in a school or in a separate private 6th form college.

Further details of the above can be found on the corresponding pages.

To discuss your requirements or ask quetions about the UK Private School system, please phone +44 (0) 1622 813870 or complete an enquiry form and one of our consultants will be pleased to help.