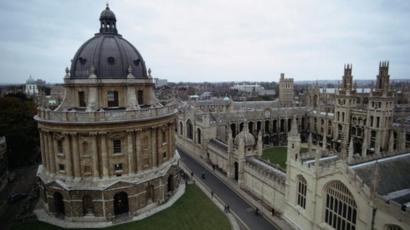 The Telegraph features an article offering advice to those with unsuccessful applications to Oxford or Cambridge universities. By Kate Kettle.

The Universities of Oxford and Cambridge have made their admissions decisions. Applicants will find out this week if they have been made an offer to study at Oxbridge as an undergraduate. For every student jumping for joy, there will be four told their application was unsuccessful. If you fall into the latter group, it's time to pick yourself up and dust yourself off. An Oxbridge rejection is just one of life’s redirections.

Here are 10 steps to get back on track:

Not getting the outcome you wanted does not render the whole experience a waste of time. Take a moment to reflect on the positive things you have done, read and learnt through making your application. Having the grades and making the effort to apply to Oxbridge is an achievement in itself. Be proud and consider what positive lessons you can take forward. Katie Russell recently wrote about ‘How I failed my Oxbridge interview – and why it was no bad thing in the end’. It might not seem it now, but this might prove to be the best possible outcome for you....

Rowan Moore writes in The Observer about the architectural design of Brighton College's new Sports and Science Centre, in which he suggests the building is designed to 'reflect the school's global ambition'.

Think of an English private school and you will probably think of somewhere gothic. Something like St Trinian’s, or Nigel Molesworth’s St Custard’s, whose ogees and oak made habitats for bats and spiders, whose shadowy recesses harboured aromas of boiled cabbage and sodden socks. Something, probably, much like Brighton College, in which flint walls are pierced by pointed arches that lead into enclosed spaces reminiscent of Oxbridge colleges, which open on to an expansive greensward dedicated to the inculcation of illogic and injustice through the games of rugby and cricket.

What you would not expect is something like the college’s new Sports and Science Centre, designed by the Rotterdam-based Office for Metropolitan Architecture (OMA), the practice founded by the celebrated not-gothic seer Rem Koolhaas. You would not expect it because no English private school has built anything quite like this before. Long, dark, angular and machined, it’s as if Hogwarts had been redesigned by George Lucas.

The £55m project is the largest, but not the first building in an ambitious construction programme under the current headteacher, Richard Cairns. Other notable architects have been employed, such as Hopkins, Eric Parry and Allies and Morrison, their work meticulous and well-crafted and skilful in its use of flint, but bound as if by some secret oath to come up with contemporary reimaginings of the Victorian reimagining of medieval architecture offered by the college’s original architect, George Gilbert Scott. With its exterior finished in glass and dark grey, glass-reinforced concrete, the Sports and Science Centre is as different as it can be. “We are not too good at pitched roofs,” says Ellen van Loon, the OMA partner in charge of the project.